← The final blog from the Solomons
November Update → 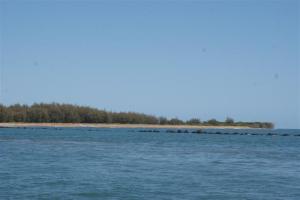 The entrance to Bundaberg

As we approached the outer buoy the sea changed from Pacific blue to sea green.  The entrance reminded us of a big Littlehampton with its training wall and beautiful orange ‘sandcastle sand’ beach.   We were very excited to be in Australia at last. 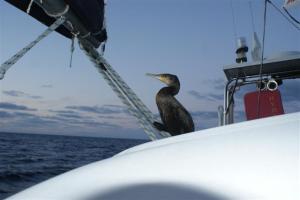 We arrived on the 19th with this shag (we think that’s what it was), which had landed on the boat the day before and roosted on the solar panel all night, flying off as we arrived at the outer entrance buoy.  There were 2 other boats on the quarantine dock, Aurora B with Mike and Liz from the UK and Yellow dog with Oliver and Daniel from Switzerland, both of whom we had met up in the islands.  We also discovered Lorrigray is here, an ex blue water rally boat. The marina prices here are similar to the UK so we dropped our anchor in the bay outside. 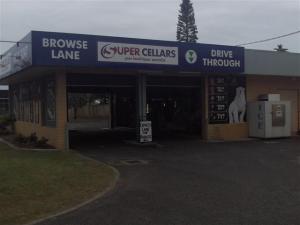 Bundaberg marina is outside the town near a village called Burnett heads with the town of Bundaberg a further 8 miles up the river.  Burnett heads is a pleasant 20 minute walk along the waterfront.  There’s a hairdressers, where I had a much needed hair cut, a bakers, chemist, small hardware shop, a fish and chip shop, a pub selling good food and a ‘drive through’ drink shop.  This is an amazing concept where you literally drive in, give your order at the window, it’s put together, put in the back of your car and you drive off without even needing to get out! 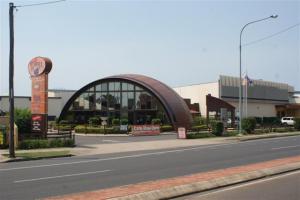 The supermarket next door was my first stop to restock the boat after the customs had relieved me of the last of my meat, fruit & veg.  It was wonderful to be able to enter a supermarket with a list and get every thing on it.  The cost of living here is quite high but the prices aren’t as bad as I was expecting.   They also offer an excellent service of a free minibus ride back to the marina.  The Port2port rally that we have joined has been busy organising various drinks evenings, barbeques, pot luck suppers, chart marking sessions and outings.  This is the Bundaberg barrel where the local ginger beer is made that we visited one afternoon on Judy’s free tours of the area. 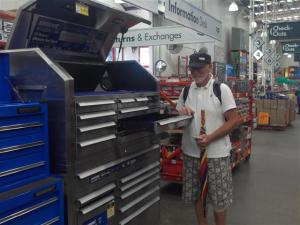 “I want that one”

We also went to Bunnings, the Australian version of B&Q where Bill spotted this toolbox.  “No you can’t have it”

We’ve kept ourselves busy doing washing, interneting, sorting out the boat, although fortunately we didn’t have any major breakages on the trip down, socialising and generally getting used to living in a first world country again. 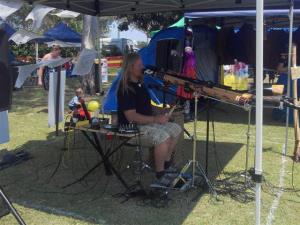 On Saturday 27th we went to the Lighthouse festival organised by the Burnett Heads rotary, which was a bit like a summer fete.  This guy was playing Didgeridoos and they were giving off an amazing sound. We spent the morning wandering around the stalls and listening to local bands playing on the stage.  In the afternoon we lifted the anchor and sailed upstream into the town, a distance of about 8 miles.  The surrounding area reminded us of the east coast of England because it’s very flat and as we floated up the river it was possible to see Bundaberg across the flood plains. 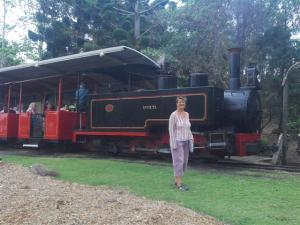 On Sunday we walked to the botanical gardens a pleasant oasis of tropical shrubs, towering trees and flowering gardens surrounding a few small lakes. There is a little steam train running around the perimeter that is maintained by a local preservation society.  It formally spent it’s working life transporting sugar cane that is grown prolifically in this area to the sugar mills.  I’ve loved steam trains since I was a little girl when my Dad often took me to see them and the ride brought back happy memories. 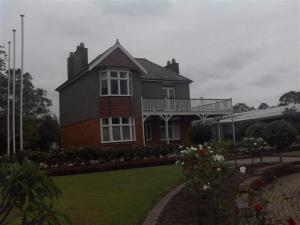 The gardens are also home to the Hinkler House museum set inside the house of Bunderberg’s famous son, aviator Bert Hinkler, who made the first solo flight between England and Australia in 1928.  The house was painstakingly relocated from Southampton in 1983.  As it’s so totally different from normal Australian houses it looked very strange in it’s setting.  We had coffee in the railway café then returned to Camomile anchored in the river. 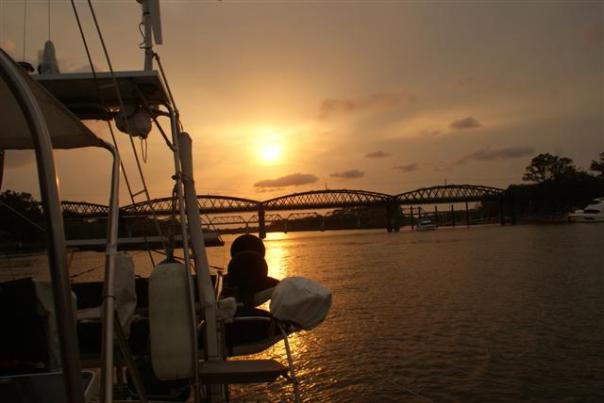 Camomile anchored by the bridge in Bundaberg 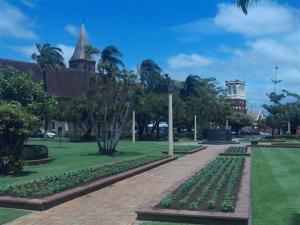 Bundaberg gardens in the town

We spent 2 days in the town wandering around the shops, it seems you can buy just about any thing here; Bill even managed to get a new battery pack for his cordless drill so he was happy.  The town looked very similar to many we saw in NZ, being laid out in blocks it’s easy to get your bearings.  The gardens in front of the town hall had been freshly planted with summer bedding.  We discovered the RSL club (returning servicemen league) similar to the British legion in the UK, where, for one dollar, it was possible to join and enjoy the delicious, reasonably priced meals while sitting in an air-conditioned lounge overlooking the river. 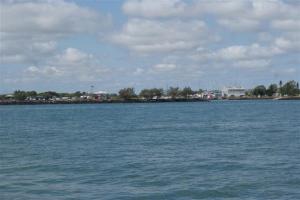 A view of Burnett heads as we left

On Wednesday 31st we motored back down the river to Burnett heads in time for the Halloween/pirate/pizza night organised by the Port2port people before leaving the next day to start our journey south.

← The final blog from the Solomons
November Update →