The blog has got very behind so I’ll try to bring it up to date and maybe fill in the gaps later. 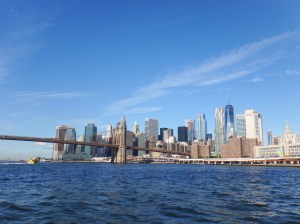 Sailing under the Brooklyn bridge.

I’m going to divide our Land trip into states.

After dodging several hurricanes in September we finally started heading south at the end of the month. It was fun travelling through the East river into Manhattan and sailing passed the statue of Liberty again. 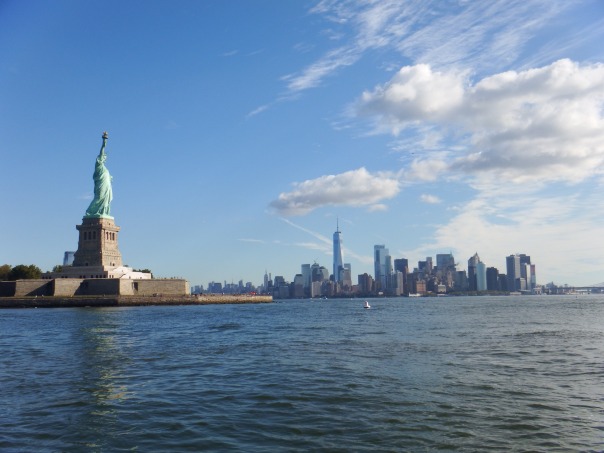 The statue of Liberty 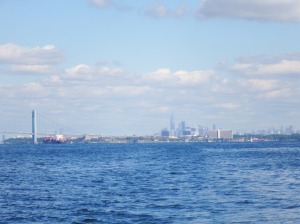 Our last glipse of New York city in the distance.

It’s possible to anchor behind the Liberty but it was a bit rolly so we carried on south to Sandy hook and anchored behind the breakwater next to our friends Ruth and Neil on Rutea. We all went for a nice meal at a Thai restaurant that Neal had found in the town. We anchored at

The next morning the 1st October we set sail for the overnight trip to the Delaware river taking one last glimpse of New York. 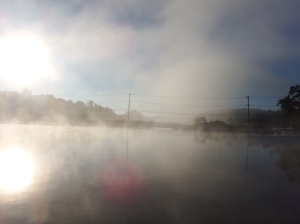 We had fairly strong winds on the passage south overnight but as it was a northerly it wasn’t uncomfortable. We arrived at the entrance to Delaware bay at 8am, just as the tide was turning against us.  At the same time we had to turn up into the wind. Not nice. We decided to go into cape Henlopen to wait for the tide to turn anchoring at

Just after midday we started off again with Toodle oo and the Australian Amel Perigee. It had been worth waiting for the tide because it carried us all the way to the C&D (Chesapeake and Delaware) canal plus, just as we arrived at the canal entrance, the tide turned in our favour again. We continued until midnight when the tide was going to turn against us and went into a tiny anchorage about three quarters of the way along the canal with Perigee. The waypoint is 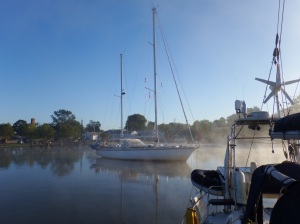 The entrance was shallow but once inside it was good. We arrived just in time because the fog was coming down and was still there in the morning.

Monday 2nd October we continued along the C&D canal emerging into the Chesapeake at 11am. We were starting to see the autumn leaves and we were now in Maryland. 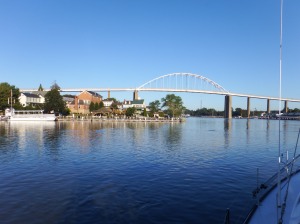 A bridge over the C&D canal

Beautiful house on the waters edge 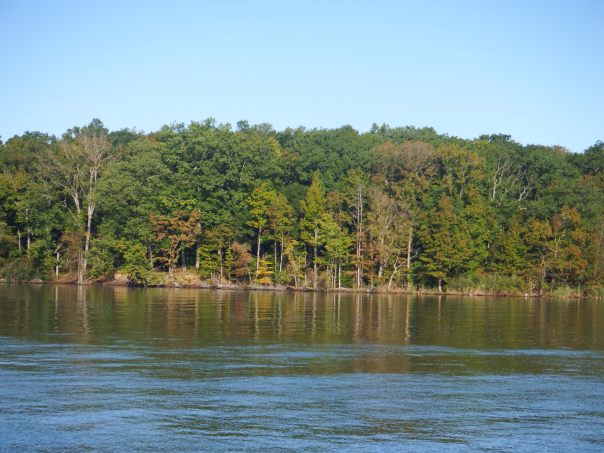